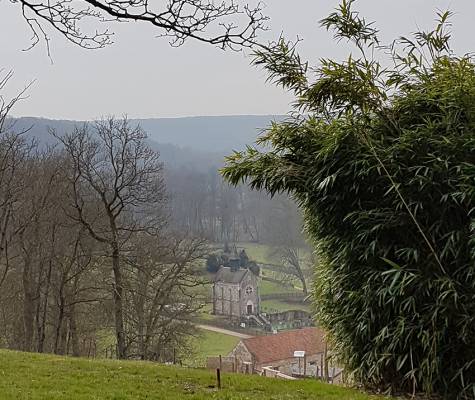 This building was listed as Historical Monument in 1947.

"Nothing would particularly have drawn the attention on the modest Cistercian abbey of de Port-Royal, founded at the beginning of the 13th century, if its young abbess, mother Angélique Arnauld, had not reformed it in an exemplary way in 1609 or if, thirty years later, the community had not chosen the abbot of Saint-Cyran as spiritual advisor.

With him, Port-Royal would enter the Jansenist movement.

This way of thinking deeply marked part of the 17th century’s French Catholicism. The personal prestige of the abbot of Saint-Cyran, who also led a group of members of the high aristocracy opposed to Richelieu, caused him the wrath of the cardinal-minister. He imprisoned him during five years in Vincennes.

From this moment, the political aspect of the "Jansenist affair" became as important as the religious problem: Ann of Austria, Mazarin, and mainly Louis XIV, saw, in every Jansenist, an opponent to the absolute monarchical power.

Parallel to their intellectual works, some of them took actively care of the orchard, the vegetable garden and the farm.

But the Jansenist movement did not stop suffering persecutions, under different forms and with interruptions: legal action against the great Arnauld in the Sorbonne that will lead to the Provincials, dispersal of the students of the "Petites Ecoles", first "great persecution" against the monastery (1665-1669), imprisonment of M. de Sacy in the Bastille.

They reached their peak with the bull of extinction of the Abbey of Port-Royal and the dispersal of the last nuns in 1709 and finally the destruction of the church and the monastery buildings, two years later".

Extract from an article taken from Toutes les Nouvelles (All the News) dated 05/10/1988, written by Thérèse Picquenard, keeper of the National Museum of Granges de Port-Royal.

A hundred steps links the Abbey with the buildings occupied by the Solitaires.